FC Juventus v FC Barcelona  – A Clash of Legends
No matter who you speak to, everyone has a favorite for the final. The Blaugrana, or the Bianconeri? The biggest club in Spain, or the biggest club in Italy? It can be hard to decide who we want to see walk away with the final this year as both clubs are truly historic, unique institutions that have played a key role in football development in their respective nations for many years. The fact that this is the first Juventus side to reach this position since 2003, and the first Juventus side …

Brendan Rodgers and the Rolling Bus – Has the Liverpool Manager thrown his team under it?

Ever since that crushing defeat against Chelsea last year that effectively ended the Reds hopes of lifting the Premier League title, Brendan Rodgers has found himself tripping up over his own words. From the arrogant way he dismissed Jose Mourinho’s ability to set up a team to defend, to the way that he claimed that Tottenham Hotspur should have challenged for the title based on the money they spent, the Liverpool manager has found himself in a rather trying position.
Brendan Rodgers from Geoffrey Hammersley https://www.flickr.com/photos/109660992@N02/14737123608/in/photolist-6yemjr-cBjYdw-cBjWeG-cBjYVj-cELicw-cBjVRd-cBjXUs-cBjYyb-osgBq5-5dxBST-fEDWff-qAEokj-9SeeA3
Brendan Rodgers and Liverpool
A poor transfer window in the summer saw the inevitable exit of Luis … 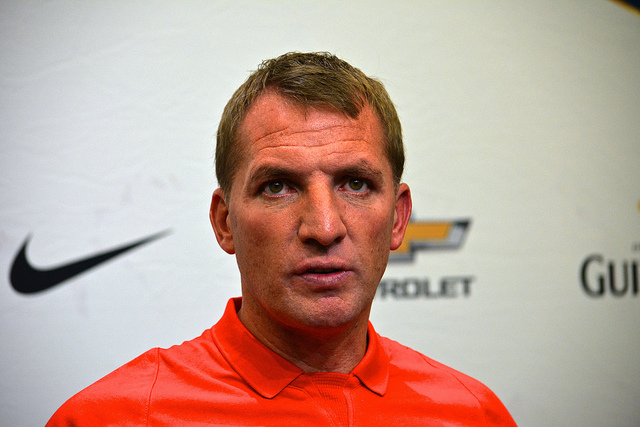 As the season draws to a close we thought we would salute those supporters of clubs who have set up blog sites and turned them into must read institutions to the informed followers of their respective clubs.  These blogs represent one of the last safe havens of football’s modern day sanitisation.  We have chosen 10 of the best.  In no particular order we kick off with the first 5.
The Republik of Mancunia
The Republik of Mancunia is a Manchester United blog that was created in 2006 by season-ticket holder Scott. It originally started off with just a few posts every couple …

For many Liverpool fans, the 28th November 1998 probably is a date they don’t remember; for some, they won’t have even been a glint in their parent’s eye. This is a day that should be remembered for good, though, as it was the first tentative steps that one of the clubs greatest ever representatives took towards long-term success and prosperity; it was the birth of a legend. Steven Gerrard came on for the closing moments to make his debut for Liverpool, coming on for Veggard Heggem.
Click here to view our Steven Gerrard products
What has followed since that day has been … 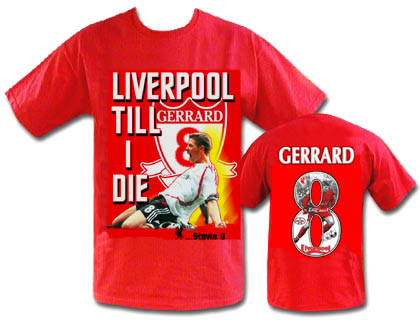 Gareth Bale – Could his time at Real Madrid be up?

The sports pages of the Spanish and international newspapers have been full of Gareth Bale, his recent decline in form, and the ensuing criticism from the Real Madrid fans; most notably after his extremely poor performance against Juventus in the Champions League semi-final 1st leg. However we’re not entirely sure this criticism is entirely warranted and here we shall explore whether the blame needs to be shared by the other players and the club.
Gareth Bale At Real Madrid
Gareth Bale moved to Real Madrid from Tottenham Hotspur for a fee estimated at £85.3million (€100 million) in 2013. Despite an injury-plagued first half of …

When you hear people talking about the second tier of English football it’s normally to do with who is going to get promotion to the big time. This article however, is going to look at the bottom end of the table, where we analysis who could get sent down.
This weekend saw Blackpool snatch a 1-1 draw at mid-table Bolton, but it wasn’t enough, and they were relegated, with 6 games still left to play. Blackpool have not won a single match in 10 games, and find themselves only equalling a point a game (24 games played, 24 points on the …