Photo courtesy of Paul from Flickr
This weekend just gone Man United beat Sunderland 2-0 to keep them in the top four and to ensure Sunderland are still in the relegation battle. But it was the lead up to one of the goals that made the headlines as referee Roger East sent off the wrong player after Man United striker Falcao was fouled in the box.
It was John O’Shea that committed the foul on Falcao, however, referee East decided to send off Wes Brown instead. O’Shea even admitted to the referee after that it was him that committed the foul, not … 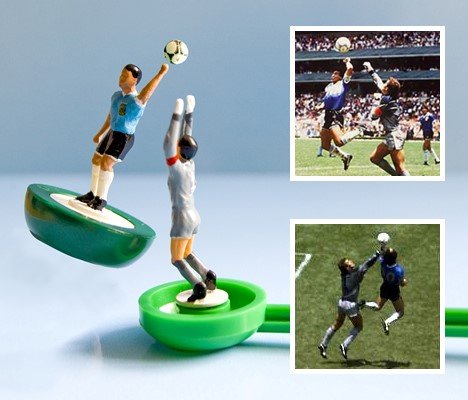 The January transfer window is still open, and we have already seen a new record set as Ivory Coast striker Wilfriend Bony has joined Manchester City for a whopping £28 million.
This transfer made the Ivorian, Africa’s most expensive transfer to date.
Bony who previously played for Swansea before signing to Manchester City was known for his amazing goal scoring. In the past year he has been in excellent form and scored 20 goals in the calendar year of 2014 which made him the Premier Leagues top goal scorer for that year.
In this article we will look at the top ten most … 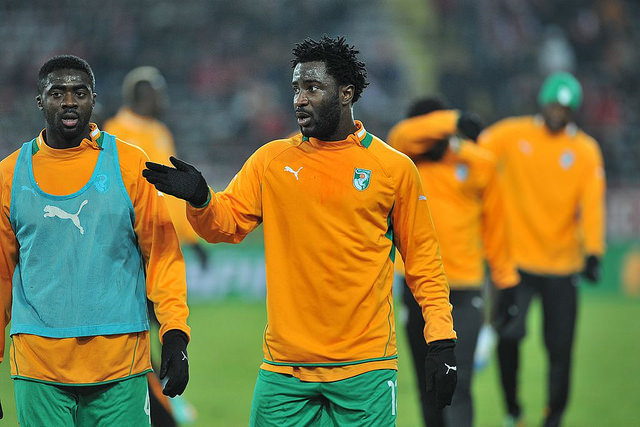 Top 5 over hyped players in Football

The footballing world is full of players who are labelled as the next ‘insert great player here’ and invariably the majority of these players do not live up to their billing and end up languishing in footballing limbo.
We have compiled a list of football’s most hyped players based upon a number of factors including: total transfer fees, player who they were compared to and their current career path.
5. Bruno Cheyrou
Back in 2002, a young Bruno Cheyrou salvaged a point in the UEFA Champions’ League for Lille with a thumping left-footed strike. This and other performances helped him to gain recognition …

Unfortunately diving occurs quite often in football and is increasingly becoming more of a problem in today’s football and new measures from the football governing associations are trying hard to stamp it out.
Although it looks increasingly common that players will dive at least once in their career, these can be forgiven for a momentary lapse of judgement. Our list here is focusing on serial offenders who cannot who just can’t help themselves, and as our examples show, they don’t do a very good job of masking their dives.
So we will start out countdown at number five.
Number 5 – Gareth Bale
Before …

After Aaron Ramsey’s amazing rocket of a goal against Galatasaray on Champions League Week 14 we thought we’d compile our list of the best long range goals. However distance isn’t only the criteria here, accuracy, technique and power are all essential parts in executing the perfect long range goal.
5. Tim Howard vs Bolton
Tim Howard’s became only the 4th goalkeeper to score in Premier League History when he cleared a back pass from inside his own area and it somehow evaded everyone on the pitch and bounced over Bolton Keeper Adam Bogdan and into the net. He later described the goal …

Sunderland has not had the greatest set of performances and results during October. There embarrassing display of football started with a long trip down south to Southampton where they ended up conceding 8 goals. Following this shocking performance, Sunderland faced a second defeat; however this was courtesy of Sunderland Goalkeeper Vito Mannone.
With Vito Mannone conceding a very sloppy goal by controlling the ball with a heavy touch, this put Arsenals Alexis Sanchez in a clear position to take the ball and place the ball into an awaiting empty net. With this goalkeeping blunder from Mannone, we have decided to look …

The 10 Best Own Goals

To celebrate Richard Dunne breaking the record for most own goals in the Premier League we’re going to count down our all-time top 10 best own goals in football history.
Dunne scored the first goal in Liverpool’s 3-2 win over QPR last weekend, which in turn made him the player with the most own goals in premier league history. QPR obviously felt Liverpool needed even more of a helping hand as Steven Caulker scored a 2nd own goal in what was a crazy final few minutes.

We couldn’t start proceedings without a Richard …

Our Top 8 Football Stadiums From Around the World

Football stadiums come in many different shapes and sizes. Some are famed for atmosphere, some for capacity and some for how intimidating they are.
In this post we’ll take a look across the globe at our favourite stadiums, why they’ve made the select few, and which teams play in them.
8) Rungnado May Day Stadium, North Korea
North Korea’s national stadium is the largest stadium to have held a football match in the World, with an incredible 150,000 seats. The stadium is 8 storeys high, with an indoor running track on the 6th, has 80 exits and is more than 60m high.
Although used for … 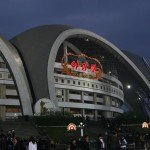 We have already covered the clubs from AC Milan to Inter Milan, but there are more teams in the Serie A that are looking to have successful seasons too. We will cover the rest of the Serie A sides from Juventus to Verona.
Juventus
Champions of the Serie A last season, Juventus will be looking to make it another successful season and retain the title along with looking to do well in the Champions League. With the signing of Patrice Evra (£1.5 million), Luca Marrone (£5 million) and Alvaro Morata (£20 million), Juventus look to be improving their side even more. The …