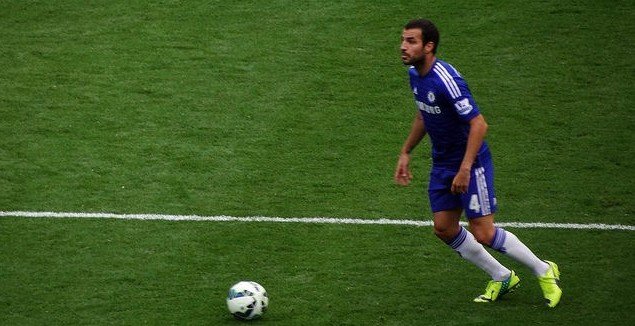 Many other European teams in countries such as Spain, Germany, France and Italy have winter breaks, with teams usually playing their last game before Christmas around the 15th December. They then get a break lasting roughly a month to enjoy the festive period and rest both their mind and body. Premier League teams have to play all through the Christmas period, often playing 3 games a week in freezing conditions.

High profile football influencers Alex Ferguson and Roberto Mancini have spoken out, saying the benefits a winter break could have. It’s well documented that come the later stages of the season more players are becoming injured, or not playing at their peak ability.

This is especially the case with foreign players as they are used to having a winter break. When they come over they then have to adapt to a full season without a break.

Cesc Fabregas, Diego Costa, Alexis Sanchez, Angel Di Maria and many other foreign players had great starts to the season. However, since Christmas, they have slowly started to fade out.

Here are some stats for Cesc Fabregas for example, before and after Christmas:

As you can see, there is enough of a significant difference to support the above statements.

Chelsea also seem to be suffering with Diego Costa. Fabregas and Costa had created a deadly partnership before the festive period, with it looking like Chelsea were going to stroll to the Premier League title. Both have since suffered with injuries, and Fabregas’ amazing assist record has come to a slump. Costa has now not scored in his past 4 games, and Fabregas has not created an assist in 6.

Chelsea are not the only team suffering. Arsenal’s Alexis Sanchez seems to have faded of late. Sanchez scored 17 goals in his first 29 games for Arsenal, but now he hasn’t scored in the last five for the Gunners.

Whether it’s the busier English fixture list causing players to get injured more often, or tiring them out, it’s fair to say some of our leagues star performers are noticeably worse in the second half of the season.

Some managers are now allowing players to have small vacations to help combat these issues. Liverpool manager Brenden Rogers allowed young winger Sterling to go abroad to Jamaica in January. On his return Rogers was adamant is helped saying: “he’s come back refreshed and ready for a big second half to the season.”

With the 2022 World Cup being held in the winter for the first time this could be the perfect opportunity to change the system, allowing for a winter break which could help both domestically and for the national team.