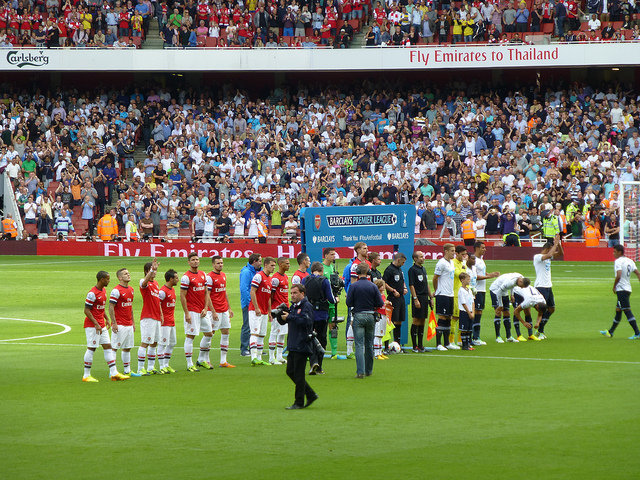 The North London derby between Arsenal and Tottenham is known as one of the biggest rivalaries in English football and is always a fiery and fiercely combative derby.

Arsenals usually dominate this fixture however and have won 18 matches out of the 44 that’s ever been played, and only losing 8 times, the rest resulting in draws.

Arsenal have also generally been the more successful club in terms of the Premier League, winning the league three times compared to Tottenham’s none. Arsenal have also finished higher than their rivals 19 times in 21 seasons.

Players have also felt the wrath of this rivalry when the likes of Sol Campbell and Emmanuel Adebayor played for the one team then moved to the other. 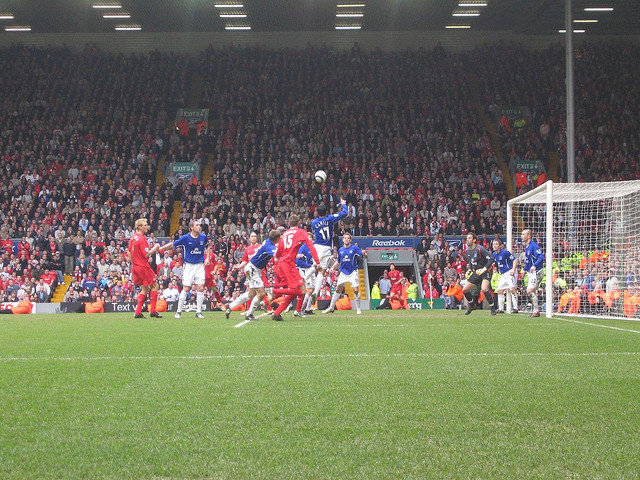 The Merseyside derby was originally known as the ‘friendly’ derby even though Liverpool fans would be sure to say otherwise. However, as of late they may have a valid point as this fixture seems to be getting fiercer each season and in fact this has produced more red cards than any other premier league fixture in history and has even been referred to as “The most ill-disciplined and explosive fixture in the Premier League”.

This derby is the longest running top-flight English derby in history, being played a total of 223 times. 45 of them in the Premier League. Liverpool have won more games in every competition that this fixture has been played and in regards to just the Premier League, Liverpool have won 19 times and Everton have only won 9, the other 17 being draws.

As well as the above two revilaries, there are many other big rivalaries in English football. Here are some of the biggest.

This derby fixture dates back to 1883 and it means everything to the fans in the North-East.

There are only 10 miles to separate these two teams and as to date, Newcastle are winning this fixture in terms of total wins as they have won it 53 times, whereas Sunderland have only won it 46. So unlike a lot of derby’s, this one is still pretty close.

One of most well known times that these two have met was when Sunderland suffered a humiliating defeat at St James Park on October 2010 as Newcastle slaughtered Sunderland 5-1.

Even though both teams are Welsh, they are known to be the biggest rivals in the English Leagues.

A lot of the time the fans will be the ones to stir up the fixture and make it even more fierce, however the players in this South Wales derby have been to blame just as much. In 2006 Swansea had to apologise to Cardiff after the Swans player Lee Trundle wore a cartoon t-shirt displaying a Swansea fan urinating on a Cardiff t-shirt, after Swansea won the Football League Trophy Final.

This wasn’t the only time a Swansea player had caused issues between these two rivals, as Alan Tate also held up a flag with a slogan on it saying ‘F**k off Cardiff’.

The two teams have played each other 107 times competitively and Cardiff are currently on top having won 44 times and Swansea only winning 35 times. However in their last game (February 2014) Swansea beat Cardiff 3-0 and Swansea are also currently doing better as Cardiff are now in the Championship whereas Swansea are in the Premier League.

Even though there are a few West Midlands derby’s in the top leagues including Wolves VS West Brom, Aston Villa VS Birmingham is known to be the biggest one.

The rivalry got even more intensified when Birmingham boss Alex Mcleish left the Blues after they got relegated to join Villa as their manager. With the amount of backlash from the fans, it was no surprise that Mcleish lasted less than 12 months in charge at Villa.

One of the most infamous times these two teams met was when the ‘Second City’ derby took place on 1st December 2010 at St Andrews stadium, home of Birmingham. It was the quarter finals and the Blues won 2-1 to take them into the semis. However, it was what happened after the game had finished that was spread over the news headlines. Birmingham fans ran onto the pitch and filled it whilst making their way to the stand that the Villa fans were sat in. The two sets of fans then started throwing chairs and flairs at each other.

In general Villa are a more successful team, having won more silver wear than Birmingham, they are in a higher league than the Blues, and also winning this derby more times than Birmingham. Villa have won 51 times in all competitive games, compared to Birmingham who have only won 37 times.

One of the most memorable games between these two was in 2008 when Villa humiliated Birmingham by beating them 5-1 at Villa Park.

Finally we come to what a lot of people class as being the biggest rivals in English football. Even though over the last few seasons Man Utd’s rivals for the title have been Man City, the rivals between the two reds remains one of the strongest, if not, the strongest in England.

This rivalry to be the biggest club has dated back 50 years, but recently Manchester United have overtook Liverpool as the most successful domestic side. Even though both teams used to be among the big four clubs in England, Liverpool have of late been edged out of that position and are currently struggling to compete with the other big teams in the Premier League.

However, we mustn’t forget the five European titles that have made their way to Anfield and even though Liverpool have been slipping away from Man Utd recently, this match will always be explosive and anyone can win it.