As the season draws to a close we thought we would salute those supporters of clubs who have set up blog sites and turned them into must read institutions to the informed followers of their respective clubs.  These blogs represent one of the last safe havens of football’s modern day sanitisation.  We have chosen 10 of the best.  In no particular order we kick off with the first 5.

The Republik of Mancunia

The Republik of Mancunia is a Manchester United blog that was created in 2006 by season-ticket holder Scott. It originally started off with just a few posts every couple of weeks but has now grown into a regular news site for all things Man Utd, including the latest news about United, opinionated articles, videos, jokes and much more.

A recipient of many awards over the years, Scott’s passion for United comes through in his posts and at times he takes no prisoners with his views. The blog has grown so much that contributors now include well know columnists such as Giles Oakley and Sam Pilger.

Some of the other main features include a separate forum, an archives section with a huge amount of posts divided into a variety of different categories, live updates for every United game, and also links to related merchandise.

One of the best features about this site is that it has a free mobile app which you can download for Apple, Android, and Samsung phones and it will allow you to access all the latest news, live blog, transfer news etc.

Arseblog.com is a football news site purely dedicated to Arsenal FC. The site was first created in June 2011 so it’s been around for a good few years, and according to their site, it was designed to be a ‘one stop shop’ for Arsenal news. 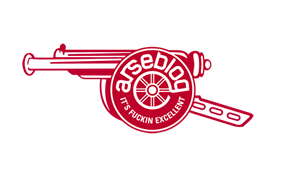 It has a large amount of up to date information and the majority of the time a new article is released every day, or even sometimes multiple new articles every day.

The site is really well designed, with a nice clean feel and look to it and great navigation.

They even have their own podcast which gets regularly updated.

Five Year Plan (FYP) is a fanzine and blog for fans of Crystal Palace Football Club. FYP has been around since 2003 and started life as a print fanzine. Since then it has grown into an online Crystal Palace Fans hub to offer the latest news and information to Palace fans.

The blogs’ main online features include latest Crystal Palace news, a ‘Features’ section which has more in depth articles than the general news articles such as a look at the season so far, and whether or not the club have achieved their top five challenges this season. They also have a nice little feature that isn’t in any of the other blogs reviewed so far in this article, which is called ‘Top 50’. This section gives a top 50 list of all time for the following:

This is a nice feature to the site and is definitely worth a read for any Crystal Palace fan. Like a lot of the other blogs reviewed, FYP also has a podcast. There is also a shop on the site which sells tshirts (well  t-shirt) but also digital and printed versions of their fanzine magazine which is still going strong.

Extra features such as the Top 50 section makes this site stand out from the other Palace blogs.

Created in 2005, this Aston Villa blog was originally called Aston Villa Blog, and then changed to AVFC Blog, and finally it settled with The Villa Blog. Set up and updated by Damien Dugdale, he continually posts honest and funny articles on the ups and the fair share of downs of being a Villa fan.  It is now established as a favourite for a lot of Villa fans.

The blog’s main features include:

One of the more unique sections/features of the site is a page called ‘Aston Villa Live’. This section will have posts created at the start of each Villa game and allows fans (and non fans) to discuss the game between themselves as the game plays out.

Gallowgate Shots is  devoted to Newcastle followers where a team of six avid fans write regularly and honestly.  The current upheaval that surrounds the club and the upset that this is causing the supporters can be felt whilst reading recent articles – see post ‘Mike Ashley – an open letter‘ as an example. 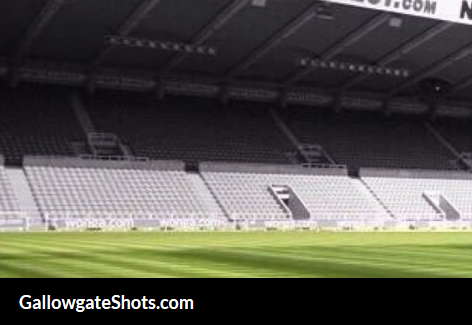 As well as having the usual latest posts, they also have categories including:

They also have monthly archives for you to look through if you wanted to go back and read news within a particular month.

There is a podcast for you to listen to, multiple social media feeds and even an online shop.