With Roy Hodgson getting his excuses in early before the England’s home match with Slovenia next Saturday we thought we would take a look at 3 of the worst pitches in the English game of all time.

Wembley welcomes the Jacksonville Jaguars and Dallas Cowboys in what is the 3rd NFL game of the year to be hosted in the capital. The game takes place less than a week before Roy’s men look to keep their 100% winning record in Group E.

With Slovenia recording 2 wins in their last 2 matches its likely to be a tricky match for England, but one they should ultimately win. Could this be Roy getting in his excuses early, after fans this season have already turned their back on England for poor performances and a lack of success?

Since the new Wembley opened in 2007, there have been concerns about the pitch with both former manager Capello and Manchester City winger Milner making their opinions heard.

One thing is for sure though: with 3 more NFL matches lined up for 2015, this isn’t the last time we’ll be hearing this excuse.

Back to the point in hand, here is our summary of the 3 worst pitches British teams have had to play on in the recent past:

In September Wales played their Euro 2016 qualifier with minnows Andorra. The game was played the Camp d’Esports del M.I. Consell General, a 3,300 seater stadium with an awful artificial pitch.

Just 6 days before the game, the pitch was laid and passed a UEFA inspection – but we’re not quite sure how. The pictures below show how much it cut up, with black rubber flying everywhere.

Wales went on to win the match 2-1 with Real Madrid superstar Bale scoring both goals for The Dragons. 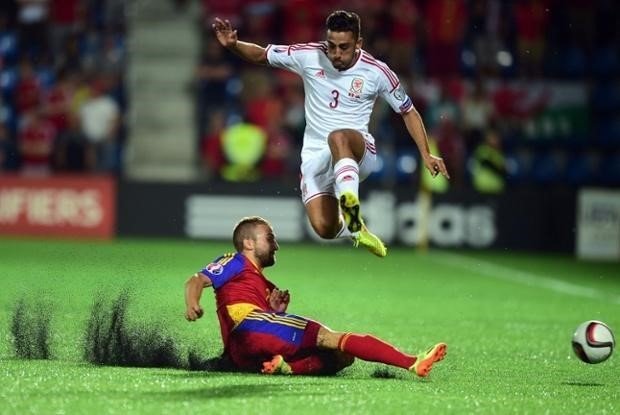 Stamford Bridge’s pitch back in 2002/2003 was one of the worst in the Premier League history. It was so bad; the FA fined the club £5,000 after the Charlton manager likened it to a ‘beach’.

Chelsea ended up thrashing Charlton 4-1 on the day, with the away team leaving annoyed and claiming the pitch contravened Premier League rules.

Today Chelsea’s pitch is immaculate, and after their impressive start away teams should be more concerned about Costa, Fabregas and Hazard. 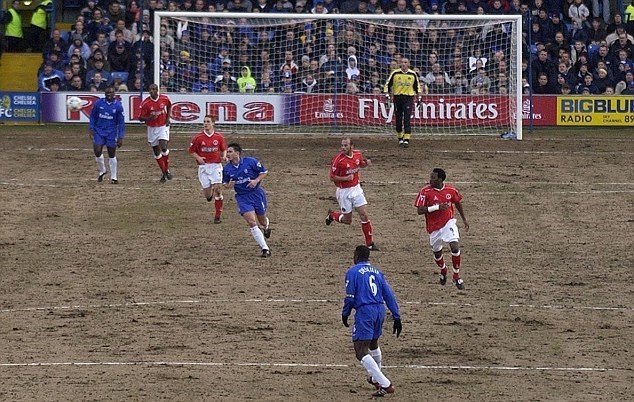 Photo Courtesy of the Daily Mail

Although Wembley’s stadium isn’t anything like the 2 above, based on the money spent on it, it is definitely the worst. Back in 2009, Arsenal manager Arsene Wenger criticised the pitch claiming it was “the worst. In the Premier League it’s 21st position.” He was not the only one to speak out with only names including Harry Redknapp, James Milner and Fabio Capello.

After 11 pitches in 3 years since the stadium opened a change of direction was needed. Instead of relying on a natural pitch to recover from concerts, other sporting events and the weather the pitch is now enhanced by Desso technology – which uses artificial fibres and has much better drainage.

Finally, in May 2011 the pitch was awarded 5 stars by an independent company, and was said to be better than the best pitch in the Premier League, which at the time was Manchester City’s.

Below, we show you how the pitch looks today now that the home of football has a pitch worthy of the name. 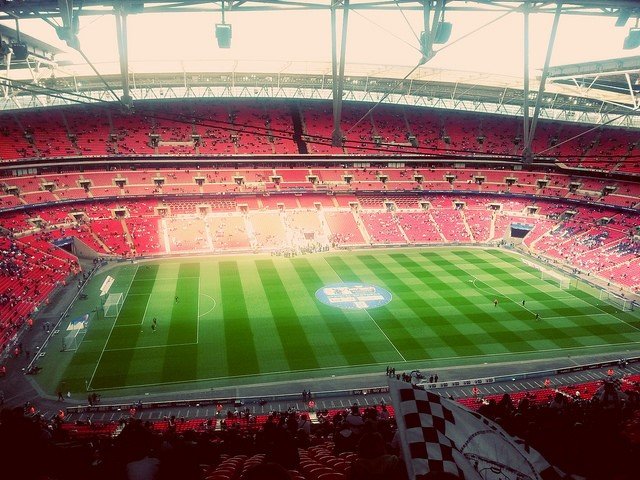